History of The Bothy 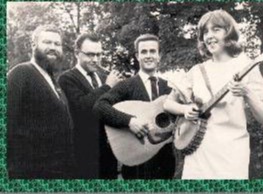 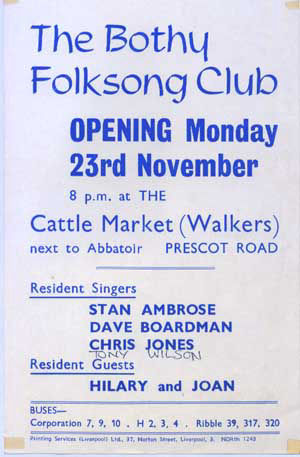 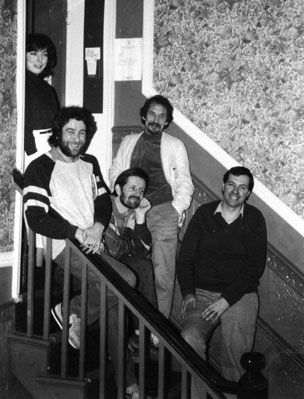 History of The Bothy.

In the far-off days of 1964, when there were only a handful of folk clubs on Merseyside, four people: Tony Wilson, Stan Ambrose, Dave Boardman and Christine Jones (The original Bothy Folk Group). got together in order to run a folk club in Liverpool.

The original idea was to make it a club where solo singers got a fair chance to showcase their talents, since hitherto the Merseyside clubs were all group dominated.

Thus opened the "Cattle Market" in Liverpool and the "Bothy" concept was born. The aim was to keep the evenings reasonably informal, akin to a Scottish bothy.

Thus the group came formally into being and by the time the decision was made to open a Southport club the group had gained a good reputation locally. It was this, in fact, that prompted the opening of the Southport club. A hunt for premises followed and the club ran for several weeks at the now-demolished Railway Hotel on Chapel Street and then settled at the Blundell Arms, where the club has been ever since.

It was eventually decided that running two clubs, in addition to doing bookings locally and further afield, and doing their daily work was becoming too much of a chore for the residents, so they decided to abandon one of the clubs, and it had to be Liverpool. This was for the simple reason that Liverpool by this time had plenty of other clubs, and Southport had none - the choice was made. There then followed a period of consolidation for both group and club, the time when most of our current old "old-hands" first joined the Bothy fraternity, and when our current residents were gaining invaluable experience as floor singers.

Changes had to occur, though, and Christine Jones left the group to concentrate on raising her young family, then Dave Boardman decided to marry and head for the sunnier climate of Jamaica for a three year stint. The club's next year was an interim period. "The King's Shilling" became residents with Tony but after a promising opening spell audiences dropped off, and the group seemed to lose confidence, Thus, in September 1969 Tony decided to give local talent a full rein. Kevin and Chris, Jim and Raphael, Dave and Rick (The Dalesmen), Frank Sellors, and Stan Ambrose (back again!) formed a strong team of residents. This is the way it has been ever since.

It is certainly a club to be justifiably proud of. Very seldom has an artist failed to receive a warm welcome, and very few have failed to hit peak at the Bothy, indeed, nearly all go away with wonderfully complimentary things to say about the club audience, singers, and above all, the warm atmosphere and general air of friendliness. For 38 years the Bothy Folk Club has held the folk banner high and proud - lets hope the next 38 years will be just as great!

Taken (and slightly updated) from the forward to a book written by Tony Wilson, in 1971 which never got printed!

I arrived early on the opening night only to find a huge crowd all waiting to be "processed" by Godfrey, who was seated at a table outside the room where the club was held. I had been waiting to sign in for what seemed like ages when the soon-to become-familiar- strains of "Barnyards" started up. I already knew the song via a recording by Alex Campbell but I was most impressed with Tony Wilson's version, even through the closed door.

When I got into the club it was packed. It was the first time that I had been to a folk club and I sat with some friends who had persuaded me to join their "Peter, Paul and Mary" style folk group.

At the interval I asked Stan Ambrose if our group, The Everglades could do a floor spot but he said that the Bothy Singers wanted to do the whole evening as a way of introducing themselves to the Southport folkies.

Even though my all-consuming passion in those days was for the contemporary folk songs of Bob Dylan, I was enchanted by the Bothy Singers' performance. I loved Tony Wilson's virile shanties, Stan's wonderful music-hall songs, Dave Boardman's ballads and Chris Jones' banjo work.

That first evening was somewhat of a magical experience for me and I looked forward to the following week's session.